There are many areas where the British approach to both the law and to accounting regulations in particular has no real equivalent on the Continent (defined some time ago by the famous headline in the Sun newspaper “Fog in the Channel – Continent cut off).

One such area is the accounting concept of substance over form. This basically says that accounting treatment should follow the economic/ commercial reality of an event or transaction irrespective of what formal name it is given. For a very short period of time (beginning of the nineties) Polish accounting legislation contained substance over form “istota nad treścią” as an overriding accounting priciple. This in effect allowed common sense to prevail in situations where the Polish law had inadequate or indeed misleading definitions. One such area was indeed leasing.

However the lawyers very quickly enforced the removal of this principle arguing that Poland followed the Continental Code Napoleon which requires everything to be defined and in particular that the law should not allow the concept of substance to overrule the strict interpretation of the law.

This would be fine if the legislator was able to foresee all possible forms of transaction and in particular new forms of economic activity such as internet based trading etc. Given that the legislators are totally incapable of writing even simple legislation in a clear manner the result has been predictable.

The subject came up in a recent “round table” discussion where logic dictated that the accounting treatment could not follow the strict wording of contracts as the substance of the trade was actually materially different to that implied by the Polish translation of UK based contracts. Which leads to the nonsense of a completely different basis for preparation of local statutory accounts and that used for head office reporting.

Of course the Polish company could apply IFRS treatment but only if this was in respect of an issue not covered by the Polish accounting legislation.

Why o why has Poland not adopted IFRS for ALL companies and not just quoted entities and their subsidiaries. But then again what would the learned professors of bean counting do if no longer gainfully employed in writing local Polish accounting standards in the full knowledge that sooner rather than later the EU will get around to enforcing IFRS for all reporting requirements.

With crude oil prices at record lows, the Polish currency regaining streinght and with reasonable growth forecasts will 2015 be a good year for the Polish economy?

The Russian economy in meltdown and the Ukraine facing an uncertain future it would appear that the eyes of Western investors are once more turning to Poland as the country enters the last phase of significant EU contributions to the economy. The new financing round is more specifically targeted and should generate significant growth opportunities for business. On the horizon there are two elections, first presidential in the spring which the current incumbent should win easily and then in the autumn parliamentary elections where although PiS is likely to gain most votes the PO and PSL coalition should gain a working majority. Clearly there is a need for a credible opposition with the capacity to govern rather than being an eternal gadfly on the back of the nation. Will such an opposition emerge is however a moot point as the last several attempts resulted in a once only electoral breakthrough above 5% and were followed by the total collapse of support. But with little alternative available alternatives on the economic policy front and at best irrelevant populist posturing there is actually probably no space for an effective opposition. Such is the modern world linked and voter apathy best described by the French word ennui. 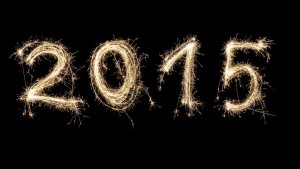 In the words of a former US President “the economy stupid…”.

The real key issue will be how soon European banks in general and Polish banks in particular start once again financing business investment. Or just maybe the old behemoths need to be encouraged to fail and a return to an old style seperation of retail and investment banking reintroduced. And when will banks learn that property values are not predestined to be on a continious upward turn. Maybe adding property inflation indicators to central bank measures of inflation might reintroduce some stability?

The truth is that Polish banks, having in the main part avoided the previous property bubble, are better placed to start financing real growth which is all to do with current and future consumption and not asset financing. As with all assets if no one can afford inflated property related costs and share values unrelated to future performance then we have the perfect recipe for the next crash.